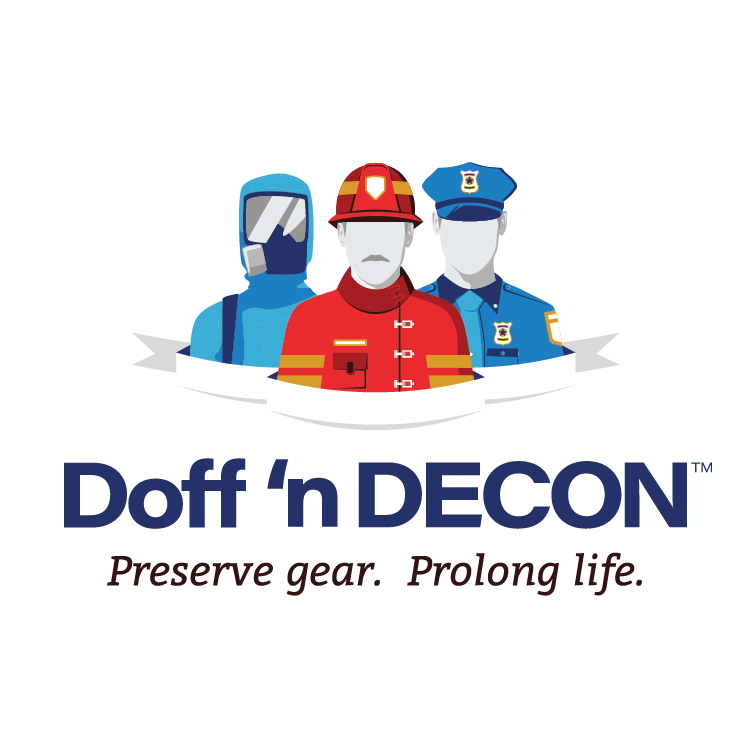 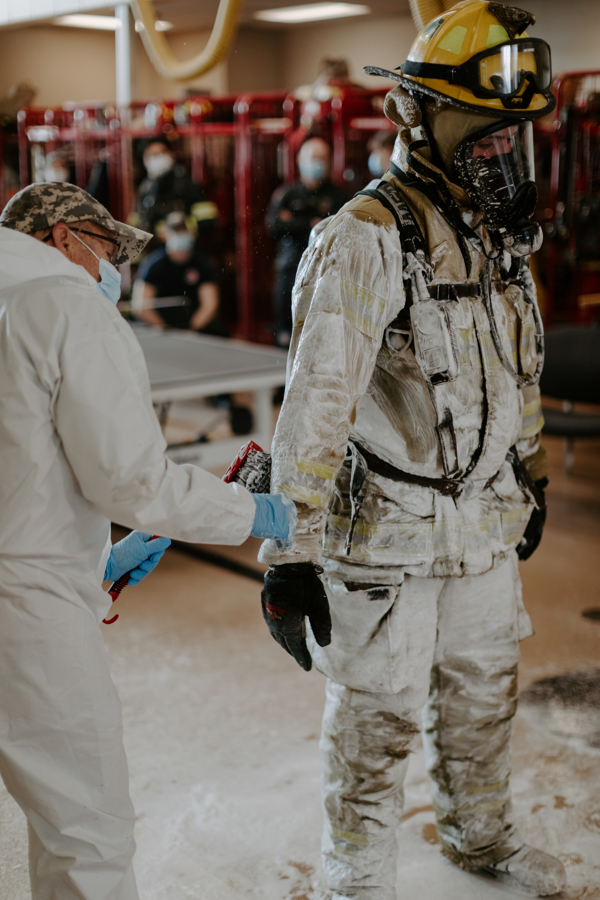 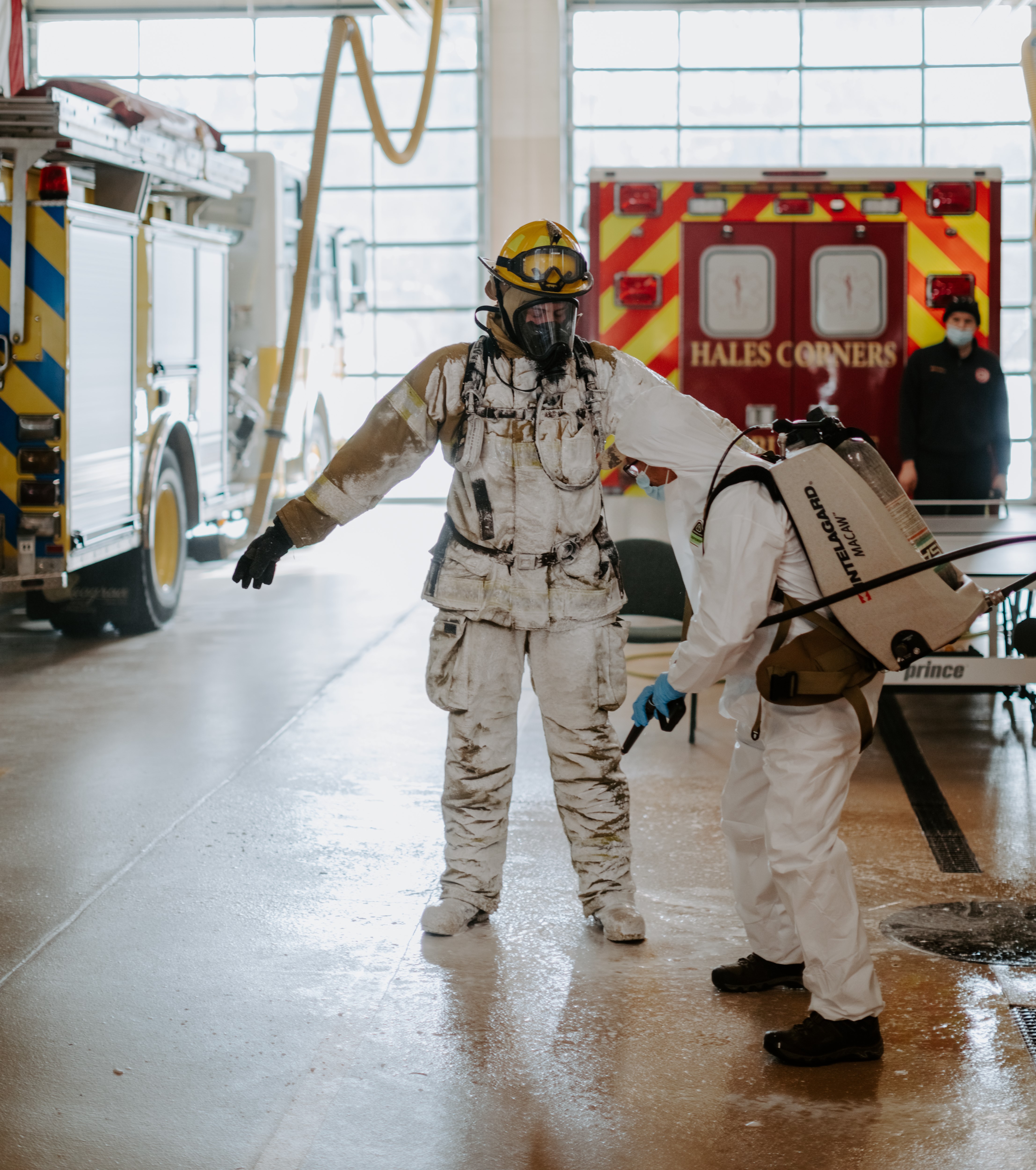 High-Performance PPE Cleaner & Decontaminate
Every emergency response represents a potential contamination event. If there is exposure to gases, liquids, or carcinogens, these harmful substances will collect onto PPE and turnout gear. In many cases, they remain on this equipment until it is adequately cleaned.  Doff ‘n DECON™ was formulated to remove stubborn soot, grease, oil, hydrocarbons, and toxic contaminants from turnout gear and other PPE on-scene, thus increasing protection for the first responder.
Why On-Scene Decontamination for Preliminary Exposure Reduction
It is well understood that firefighters have an increased chance of certain types of cancer.  Carcinogens as byproducts of combustion enter firefighters’ skin through PPE and inhalation in the environment and gear off-gassing. Reports show that turn-out gear continues to off-gas cancer-causing carcinogens for up to 72 hours.
When a firefighter comes out of a fire, they sometimes take off their hood and come off breathing air to cool down, get a drink, or refill their SCBA.  They may or may not go back on air for mop-up and overhaul.  By doing this they are immediately exposed to potentially toxic vapors.
On-scene decontamination needs to be the first step - even before coming off air – that every firefighter takes.  By deconning their gear with Doff ‘n DECON™ before removal of breathing air, VOC’s, heavy metals, and biological pathogens on the gear are removed and neutralized.  The performance of this very important decontamination step can drastically reduce a firefighter’s exposure to harmful toxins.  Once the wet contact time is over,  firefighters can safely go off air, take off their helmet and hood and move onto mop-up and overhaul. By following this simple procedure, we can lower the number of cancer-causing carcinogens that firefighters are exposed to and let firefighters focus on fires and not cancer.
Learn more about Doff ‘n DECON
Watch this video to see just how easy on-scene decontamination can be.

* This information was provided by Intelagard Inc and may contain additional information outside the scope of this Claim Verification.

What is UL Verification?

UL Verification is an objective, science-based assessment that confirms the accuracy of marketing claims. Our independent assessment process scrutinizes the validity of specific advertising or promotional statements, giving you a way to separate verified fact from fiction.

Whether you’re investigating, requesting or confirming a UL verification, you may have questions and we’re here to help. If you are looking to verify UL safety certifications, please go directly to Visit UL Product iQ.

You may have questions about UL marketing claim Verification, and we're here to help. If you are looking for information about UL certifications, please go directly to Product iQ™

Your message has been sent. A UL representative will contact you shortly.